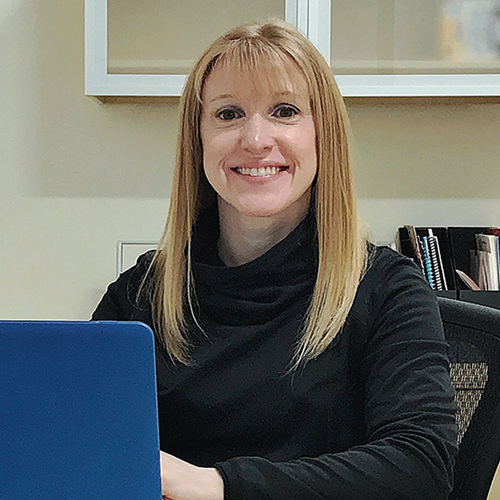 School: Barlow High School
Why she's amazing: Anderson works for the success of all students, not just the ones in her classes.

ALTERING ACTIVITIES DURING THE PANDEMIC

This has been a challenging school year for all educators, but especially so for April Anderson. Anderson, who started a new job as activities director at Gresham’s Barlow High School this fall, had to do it in a year when almost all normal activities at high schools have been canceled or severely altered due to the COVID-19 pandemic. There’s been no traditional homecoming, no pep assemblies and no sports — none of the usual fun high school events.

“It’s been a little bit of an adjustment. We look at these events and say ‘How do we do this digitally?’” she said.

Before taking her new job, Anderson was no stranger to the importance of activities to student growth. She has also served as the dance team coach at Barlow for 12 years.

“The students have been extremely positive about things, especially the seniors,” Anderson said. “Working with these kids is extremely rewarding. They are super open to ideas of how to do things differently in the pandemic.”

In the fall, when a traditional homecoming was not possible, she said students suggested “Let’s wait and see what happens in the spring. If school isn’t open, we can hold a virtual one in the spring.’” Barlow Principal Bruce Schmidt said Anderson has made the switch to virtual events work.

“April is April so things have gone very well. (She’s) constantly coming up with new ideas, developing virtual spirit weeks, fundraiser activities, working with a few other staff members to create ‘Fun Friday’ advisory lessons and keeping students involved even when they don’t have her (leadership) class,” Schmidt said. “She has transferred her ‘get it done attitude’ to her new position and has found ways to make things happen.”

Students organized their usual holiday toy drive and Anderson said “it was a huge success.” The Bruins are also teaming up with Reynolds High School for a stock drive in February, and Barlow plans to go ahead with its big annual food drive in April and May. Anderson hasn’t, however, pushed for a digital student assembly. “The kids are on their computers so much,” she said.

Becoming Barlow’s activities director has not pulled Anderson out of the classroom altogether — she still teaches two leadership classes.

Anderson, 38, grew up in the Portland and graduated from David Douglas High School. She earned both her undergraduate and Master’s degrees from Western Oregon University.

Anderson said becoming a teacher “was not something I knew I wanted to do,” but she got a WOU campus job phoning alumni for donations for scholarships and did so well, she became a manager of other callers.

“I loved that,” she said of teaching other students how to make effective fundraising calls. She also volunteered at a Boys & Girls Club and “realized teaching was the path I had to take.” She said she has been inspired by Lynette Velasquez, a teacher at David Douglas High and coach of the dance team.

Her first job was teaching science at Barlow and she’s been a Bruin ever since. “I think helping kids see their potential and the possibilities they have — especially with girls in science — is so important. I didn’t realize that I would have an impact in that way,” she said. She particularly liked teaching a class called green science which tied science to improving the environment.

“That was really rewarding. Kids saw that in green science, ‘What I do makes a difference,’” she said. Calling Anderson a rock star, Schmidt said that “April’s greatest super power is her ability to build relationships with students. She takes the time to get to know each of her students and then maximize their growth and potential. Because she takes the time, she can hold students accountable to the work without it being personal and each student knows she cares. As a result, they do work for her that they would not do for just anyone.”

Anderson is married to Reynolds assistant principal Mike Anderson. When they’re not working, the couple likes to spend time outdoors hiking and kayaking. Schmidt said Anderson pushes for the success of all students.

“Not just those in her classroom, but every student that enters our building,” Schmidt said. “She consistently finds ways to get involved in committees, activities, as a dance team coach and class advisor. Her energy, passion and dedication (are) infectious and all those who work with her know how much she cares and does for the Barlow community.”