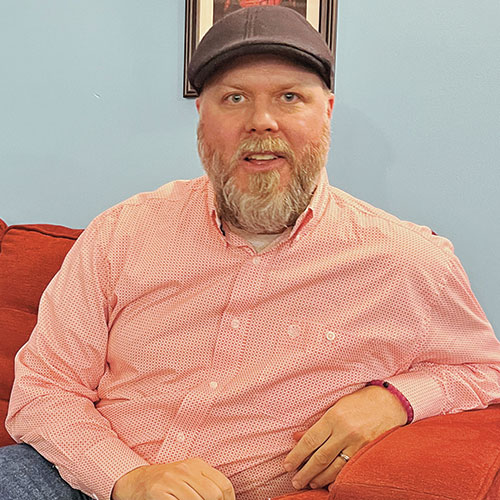 Hometown: Clackamas
Why he is an Amazing Educator:
Brian Sien has helped guide Clackamas Middle College into a charter high school with a mission to prepare students for a college or workforce career by giving them the opportunity to earn college credits while earning a diploma.

STEPPING OUTSIDE THE TRADITIONAL BOX

In a building that was once a Kenny Roger’s Roasters, Clackamas Middle College bridges the gap between high school and college with the motto, “I am college.”

However, the road to get there was uncertain. CMC Principal Brian Sien spent 16 years working to accomplish his charter school vision that focuses on school accomplishment while seamlessly delivering seniors into a college career or the workforce. With a graduation rate higher than the state average, at 97%, Sien has succeeded.

Like most educators, Sien was inspired by a teacher. A high school English teacher in his hometown of Great Falls, Montana, spurred him to major in English education with a minor in Spanish, graduating in 1996 from the University of Montana. After college, Sien taught in Arizona before accepting a position at Rex Putnam High School in 1998, teaching language arts. While at RPHS, Sien noticed not all kids succeeded in the traditional high school model.

“I talked with other teachers about how some kids struggling. We started looking into charter schools which were new in Oregon. Our goal was to help these kids who had issues,” Sien said. “We decided to pilot a program at Putnam to do things differently for those kids. Success House turned into a charter which became New Urban High School and eventually Clackamas Middle College and Clackamas Web Academy spun out from New Urban.”

In unchartered territory, CMC started in 2006 with 100 students and a 40% graduation rate. The school had moved locations and was floundering.

“I left New Urban to help with CMC. New Urban went in in a different direction and while at CMC, I tried to keep it going. We were mostly 11th and 12th grades and we added ninth and 10th grades as a system to support students going to high school into college,” Sien said. “We’ve been able to get to where we are now with our partnerships with NCSD and CCC to get students’ college credits or even degrees. It’s been a cool process and amazing to watch it grow.”

Today, CMC students earn, on average, 70 college credits during their high school years. By earning the credits, future college costs are diminished, and some students will have earned an associate’s degree along with their diploma.

“Families like us because we are personal and small while getting to know them. We have three counselors for our student body of 300 students because we work through the college piece with our students who are creating that educational plan while going to high school,” said Sien, who earned a doctorate in education in 2014 from Portland State University.

“When they leave us, they either get their transfer degree as a junior and we’ve paid for most of that, or they get their certificate and go out into the workforce and compete at age 18. We are trying to make sure that when kids leave us, they are better off.”

To Sien, his role at CMC is more than just a job. As a founding visionary with a hard-working staff, he has ushered in a new normal for charter schools in Oregon — a model for education methodology, different from conventional models. With a few more goals to accomplish before retirement, Sien hopes that when he leaves CMC, he is handing off his beloved school to another educator who can step into the position with ease while continuing CMC’s mission.

“I am very proud that the CMC community has worked hard during CMC’s existence to provide a seamless transition from high school to college,” he said. “I would love for students to remember that together we built a solid educational choice, free of barriers, that allowed students to pursue their aspirations.”