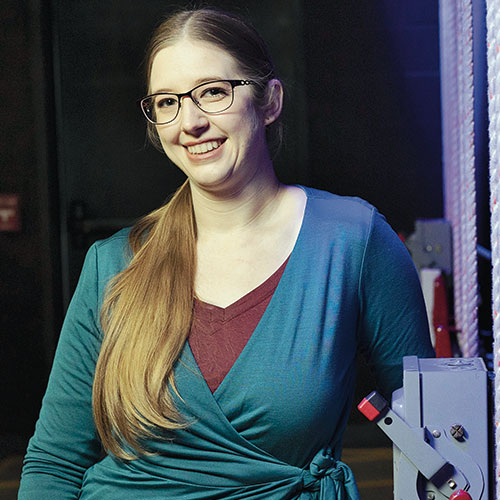 Hometown: Hillsboro
Why she is an Amazing Educator:
With zany stunts and sincere passion for theater and learning, she makes school fun and engaging for her students. 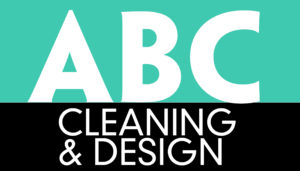 'TEACHING SHOULD BE FUN'

Cassondra Sauve tries to inject some fun into the learning process whenever she can.

The last few school years have proven the most challenging of Sauve’s career in keeping students engaged and entertained. An educated guess could probably hit on the reason why.

“This year was particularly difficult, because there were so many unknown variables and navigating COVID restrictions has been a roller coaster of if and how we’ll be able to rehearse and produce the show,” Sauve said. “The district has worked hard to ensure we’re able to do our work safely.”

Like all teachers, Sauve, 35, says she’s had to adjust on the fly and “spin a lot of plates,” to take all the changes in stride. It’s a process that she described as exhausting, made even more difficult by public outrage over everything from distance learning to mask mandates, and the burnout that students themselves have faced.

“What’s particularly frustrating is I feel like we, as a country, had the opportunity for big change while we were distance learning — drastic, systemic change that is really needed,” Sauve said. “But we didn’t, or couldn’t. And so, what we’re working with now are people who have changed dramatically and a system that hasn’t.”

Even in the face of the challenges that COVID-19 has posed, Sauve has continued to make learning fun and engaging for her students.

Without that in-person aspect of drama class during stretches of remote instruction, she had to find other ways to highlight the industry of theater and performance.

There were Musical Mondays, where classes would learn about a different musical each week, followed by Tech Tuesdays, where the lesson would center around the technical aspects of the industry — things like lighting and sound and costuming. One group put on a puppet show, a medium that lends itself well to the video-conferencing format to which instruction was limited when schooling was entirely remote.

Sauve said she focuses in all cases on finding real-life examples and trying to find pieces that speak to the current moment.
With the return of in-person instruction, she’s celebrated the chance to do live performances again by selecting a play that’s socially conscious.

The Century High drama department is currently rehearsing a musical called “Hello Girls,” which tells the story of the first female Army enlistees during World War I.

The story focuses on the women who acted as bilingual telephone operators on the front lines but who, when they returned home, struggled to be recognized for their important work.

“Every time I choose a show, I ask, ‘Why this show? Why now?’” Sauve said. “This show has been on my list to do for a while, but the events of the past year have really brought into focus two things for me: How can we support the people in our community, and whose voices are we not hearing within that community?”

This will be the first stage production since Century had to cancel its March 2020 production of “The Little Mermaid,” so Sauve said she and her students are beyond excited.

Sauve also says this play really ties together what she tries to accomplish with her approach to teaching.
“I feel most accomplished as a teacher when I can amplify student voices in the work we do, help them discover what makes each of them unique and ensure that they are recognized for it,” she said.
As for making learning fun, Sauve accomplishes it in a number of ways.

She’ll tell students that they are going to have a substitute the next day — then show up to teach the lesson herself, while performing as a character she’s made up.

During school picture day, Sauve will dress up in surprise costumes that make for fun photos for students to stumble across in their yearbooks. This year, she dressed up as Waldo, of “Where’s Waldo?” fame — “or ‘Where’s Wanda,’ whichever you prefer,” she added — so students could try to pick her out of a crowd in the same way those old children’s books do.

“It’s a secret every year,” she explained. “I put the costume on right before the picture, so the students don’t know. It sort of breaks up the monotony and gives me a ‘cool badge.’”

It all speaks to Sauve’s educational philosophy.

“I think teaching should be fun,” she said. “I think students should be having fun while learning. It’s one of the things I love about it, the ability to have fun and learn at the same time. I do think these past few years, we need that more than anything.”