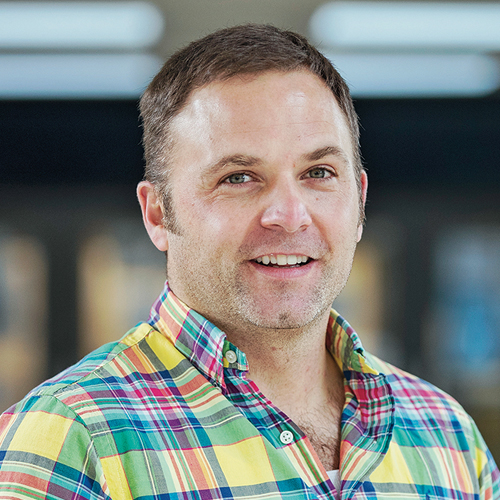 School: Byrom Elementary
Why he is amazing: Courtney makes sure his first-graders know he loves them, cares about them and makes them feel safe.

ENSURING STUDENTS ARE SAFE AND CARED FOR

Byrom Elementary School teacher Matt Courtney’s teaching philosophy is simple — to make sure that his students are comfortable with him as their teacher, know that he cares about them, and most importantly, that they feel safe in his classroom.

“Ultimately, I want them to know that I’m a person they can trust and I basically want them to know I love them and I want to get to know them for who they are,” he said of his first-grade students, which he will teach virtually for the rest of the year. “And then everything else follows from there.”

A teacher at Tualatin’s Byrom Elementary for the last six years, Courtney has taught fourth-grade students as well. What he likes about first grade is the enthusiasm of his students, which he calls a motivator, saying it’s nice to see students excited about learning. And something that never fails to amaze him is when students first learn to read.

Like other teachers, the COVID-19 pandemic has proven a challenge because students aren’t getting the face-to-face contact with their peers and teachers that they need. For the kids who are shy at interacting online, it can be tough and Courtney misses not being physically present with his students, he said.

To put his class at ease, Courtney can often be found wearing wacky hats from his healthy collection of Halloween costumes, hats that are especially evident during online classes in October when Courtney would often don a special getup.

“I had a purple and black witch wig I wore underneath a pirate hat,” he said.

With his wife needing teaching space as well — she’s a teacher at Deer Creek Elementary School — and his school-age sons requiring places to study as well, Courtney found he was running out of space to conduct his online classes.

“I ended up in the garage,” he said, noting that he has a space heater to keep his feet warm. “I have a backdrop. I use a tablecloth backdrop and a dry-erase board. I’ve got what I need and I can get my work done there. It’s not my ideal, but it definitely gets the job done.”

Courtney said this year’s first-graders are involved with lots of online animal observation. Those virtual visits have taken students to the Arctic to observe polar bears, to the African savanna, and to aquariums to watch sea otters being fed.

“I lived in California and went to the Monterey Bay Aquarium a lot when I was a kid,” he said. “Since we can’t go out into the world these days, we’re bringing the world to our classroom … visiting different ecosystems and (looking for) learning opportunities happening live.”

Courtney said he gravitates towards anything that has to do with history and science, his favorite subjects.

Those jobs included working as a television editor and set designer, catching and filleting fish on a fishing boat, and serving as a garden teacher at a community school garden in California’s Carmel Unified School District.

Along with parents of students, he helped start the Byrom Elementary School garden several years ago and hopes to work there again once the pandemic is over.

Bilingual, Courtney feels his foreign language skills are helpful when dealing with families whose first language is Spanish.

He said social and emotional learning are extremely important to teach his students so they can handle social situations both at home and in the classroom.

In the end, Courtney said he always wants to make sure his students’ individuality shines through.