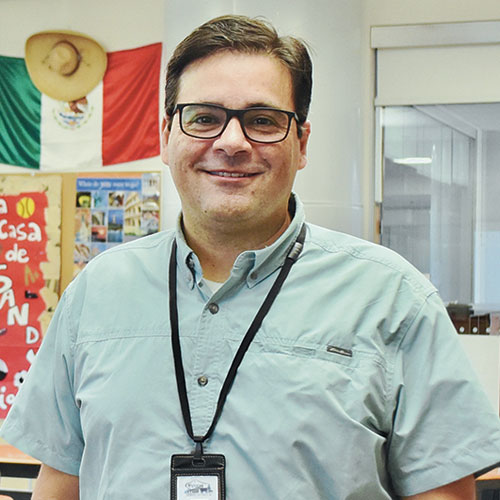 Hometown: Guanajuato, Mexico
Why he is an Amazing Educator:
Montellano does not only teach, but works to challenge stereotypes aimed at Hispanic students and countries. 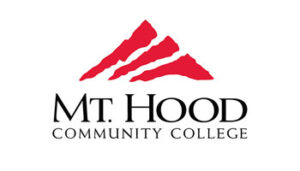 When Edgar Montellano graduated from the Universidad de Celaya in 1995 with a degree in business, little did he know that five years later he’d be returning to school to pursue a new career in teaching.

Montellano moved to the United States from his home country of Mexico right after receiving his business degree, then took up a job near his brother in the Bay Area in California.

“I was looking for an opportunity in the same area,” Montellano said, explaining that his brother worked for a software company at the time. “When I decided I wanted to go back to Mexico (later) I found it was harder to find a job than I expected, and I met my wife. It was a very interesting part of my life.”

After moving to Oregon from California, Montellano landed at the Mexican consulate abroad in Portland, coordinating cultural, educational and outreach programs.

“I had a chance to meet a lot of people in the school system,” Montellano explained. “And, at some point, I met the person who led the Bilingual Teacher Pathway program at Portland State University and they encouraged me to join. I never thought I was going to (jump into education). But with all of the work I’d done at the consulate, it was something I found that I didn’t know I’d like.”

Montellano started the program in 2000, eventually taking a part-time teaching job in Milwaukie while completing his student teaching for his master’s in teaching with an ESL endorsement. He then taught in eastern Oregon for five years before taking the job as ESL and Spanish teacher at Sandy High School in 2009.

“When I started (as a teacher), I wanted to be a positive influence on Latino students,” Montellano said. “I wanted to tell them that there was something positive waiting for them (after high school).”

While Montellano also makes a great effort to teach students how to conjugate verbs and properly communicate in Spanish, he explained that “at the same time, I want to show other communities what my culture is about and break stereotypes.”

“I tell Latino students, ‘no matter what happens, people will perceive you as ‘Mexican,’” he added. “Hispanic students are stereotyped as not being hardworking. Many times, the Latino community feels like they don’t have a voice. So, I wanted to be the voice to push them to look for those opportunities.”

In general, Montellano said the big challenge as an educator is “always making sure you’re providing opportunities to everybody and meeting the needs of each student.”

“Finding a balance for all of the things you have to do is hard,” he explained.

Montellano added that the pandemic added challenges by requiring many educators to pivot and change teaching styles.
“It is different now because normally I would see all of my students more engaged and interacting in class,”
Montellano explained. “After distance learning that changed. I am changing now to a hybrid project base.”

While Spanish is a graded class like any other, Montellano said he has always put more of a focus on building language skills than quantitative testing.

“I facilitate the materials, the content and knowledge,” he explained. “Then I say: ‘Now show me what you can do. How can you use (your Spanish skills) in your everyday life? I want you to show me your language skills. Academically, I just need you to be accountable.’”

“You shouldn’t be afraid to use your language skills,” Montellano said.

On a daily basis, Montellano uses his language and people skills to engage with students, even those who don’t take his classes.

“Every day, with every interaction, you start to get to know the students and what they need,” he explained. “Even with students I don’t know, I see them in the hallway and say ‘Hola. Buenos dias.’ I like to be open with them.”
Interacting in this small-but-crucial way, Montellano advises, is key for being successful as an educator. That, and being patient and having an open mind.

“Things are not written in stone, and you need to be able to adapt,” he added. “You have to be ready for change at any time.”