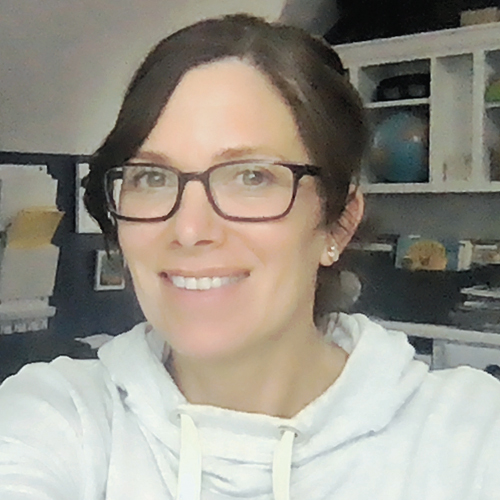 School: Forest Grove Community School
Why she's amazing: Conway has adapted her — and the school's — teaching style to make the most of her virtual classes for first- and second-graders during the ongoing pandemic.

There has likely never been a more challenging time for teachers. But despite the trials resulting from the ongoing COVID-19 pandemic, Forest Grove Community School first- and second-grade teacher Eva Conway has been — and continues to be — there for her students, delivering the essentials while doing her best to manage their attitudes.

“I think in the beginning, the focus was to try to maintain the core subjects of reading, writing and math because we didn’t want the kids to fall behind,” Conway said. “But we also realized that maintaining relationships with the kids and keeping tabs on their emotions was really important to their well-being.

“For a lot of our kids, it’s their first time in school and a really new experience, so getting to know them online has been a lot different.”

The veteran teacher of nearly two decades has spent the last eight years teaching at the Forest Grove Community School, a charter school located in the heart of downtown Forest Grove. The school is home to roughly 200 students, and Conway has split her class of 22 first- and second-graders into two groups for instruction. FGCS prides itself as being a school that strives to educate the whole child in the interests of helping children become educated and caring community members, typically by employing a mix of classroom and real-world experiences.

As part of that process, students of all ages — under normal circumstances — do nearly as much hands-on work as they do classroom work. Now however, with kids working entirely remotely, Conway and her colleagues have had to get creative when engaging their students. She’s been pleasantly surprised at how well things have gone.

Splitting her 22 students into two groups, Conway said, has been instrumental in creating a successful virtual learning experience. She said the notion of having 22 6- and 7-year-olds on a Zoom screen at once would have been a recipe for disaster. But with just 11 students at a time, it’s allowed her to get to know her students in a more personal way.

“That’s been one of the fun things for me,” Conway said. “I get to see their homes — sometimes their parents are alongside them — and I get to know them a bit. It’s been a really positive thing.”

What hasn’t worked have been attempts to replicate the peer interaction that students of all ages need. Conway said it’s been difficult to replace what they typically do at FGCS on a regular basis, including gardening and direct community involvement. To compensate, she’s attempted to get outside the box.

“We’ve used a bit of video, which is something that we normally try to avoid,” she said, “Along with group discussions, demonstrations and personal stories to encourage interaction.”

Conway said that teaching writing was something that concerned her in the beginning, but rather than teach in what would have been the “normal” way, she chose to use a personal narrative approach, allowing kids to write their personal stories — which they’ve enjoyed.

“One of the kids who’s really reluctant to write shared his story and I told him, ‘that’s really fantastic. I’m so proud of you,’” she said. “Then he looked at his mom and said, ‘she’s so proud of me.’

“Many of the kids are having similar experiences, and it’s made me realize they’re still learning, which is a great feeling.